The US dollar and Venezuelan bolivar were of equivalent value in 1990. If you had 1 million bolivars, you were also a millionaire by US standards. Today, if you have 1 million bolivars, you possess $1USD after exchanging currencies.
To express the challenges that refugees face, we will share the stories of 2 of our founding members, surgeons.
Dr. Duran had worked as an OB-GYN for decades in many countries across Europe and Latin America. A decade ago, he was presented with a choice between continuing his practice in Switzerland or returning to his home country of Venezuela. He chose to come home. A year later, the nation fell into disarray, and he found himself trapped. As an international surgeon, he was accustomed to having a comfortable lifestyle. Still, due to the hyperinflation of the bolivar, he was forced to withdraw all the savings he possessed in the world and exchange them for one bus ticket out of Venezuela. It took two suitcases full of cash; he was luckier than most.

Dr. Escalante was a successful military surgeon who came from a long line of military surgeons. He was able to maintain his position through the progressive collapse of the nation of Venezuela. His girlfriend was also a surgeon, and both of them were working 60 hour weeks. One day they decided to relax and go on a date. However, they found they could only afford to split one hamburger; they could not have their own. Dr. Escalante states that this was the day he decided to leave Venezuela. “I was working overtime every day in a hospital and could not even afford to buy my girlfriend a hamburger. I knew it was time to make a change.” 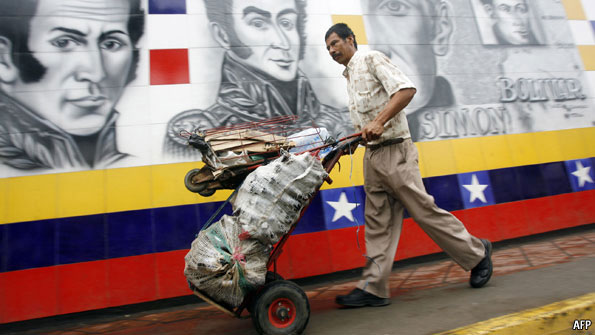