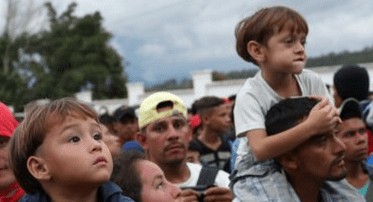 Daniel Avila arrived in Cuenca on 9 December 2016, after fleeing the devastation of Venezuela. He left behind land so ensnared in the fetid folds of corroding

infrastructure and wanton corruption that the very culture of this once proud country is rotting away. For many, the specter of rancid rhetoric, violence, and the settling dust of over three million people forced to abandon their homeland is all that remains.

Although Avila arrived in Cuenca with little more than what he could carry in his backpack, he was determined to put his hard-earned education —  a Medico Cirujano degree from the  Universidad de Carabobo, Venezuela — to use in improving the lives of refugees marooned in Ecuador, many without housing or even the simplest of comforts.

Although Avila arrived in Cuenca with little more than what he could carry in his backpack, he was determined to put his hard-earned education —  a Medico Cirujano degree from the  Universidad de Carabobo, Venezuela — to use in improving the lives of refugees marooned in Ecuador, many without housing or even the simplest of comforts.

A significant number of Venezuelans in Cuenca are trapped in bureaucratic pincers squeezing them into unemployment and alienating them from a community growing increasingly disdainful, and occasionally violently opposed to their presence. Isolated from their families and loved ones, some refugees have all but given up hope.

Through dint of hard work and persistence, Avila was able to successfully pass the boards required by Ecuador for him to practice medicine here and quickly landed a position at Bolivar Clinica in El Centro. He works a 24-hour shift followed by 48 hours off.

It is what Avila does on his time off that is so impressive; he is realizing his goal and has opened a free clinic in partnership with the Red Cross to serve destitute Venezuelans.

Avila believes that divine providence guides him, and is eager to tell his story.

“I dropped by the Sustainable Cuenca soup kitchen some weeks ago to ask if there was a space available to open a clinic. While I waited, I struck up a conversation with two men sitting across from me. When I told them of my plans, they said they worked for the Red Cross, had a suitable office right next door in the San Francisco hostal, and were anxious to help in any way they could. We agreed on a partnership then and there.”

He continued, “I now see as many as 10 patients a week, usually on Monday or Tuesday, depending on my rotating schedule at the clinic. The Red Cross provides some basic medicines and a volunteer supplements our needs. His monthly donation can exceed $300.”

When I asked how he found such  generous benefactors, he said, “It was divine providence.”

He speaks with the confidence of one who has endured great tragedy and not only survived but found a calling.

Dr. Avila’s goal for the future is equally inspiring. He is already charting how best to establish clinics in rural areas underserved by the medical community.

“In five years time, I expect to have a multidisciplinary team including dentists, psychologists, and specialists such as cardiologists, endocrinologists, and orthopedists. These services are desperately needed by those unable to travel to a city — and those trapped in cities without the resources they need to live a healthy life,”  he said.

As our conversation came to an end I asked Avila of his personal growth in Cuenca. He began by expressing his gratitude for the many Cuencanos and expats who welcomed him, invited him into their homes, and allowed him the opportunity to fulfill his dreams. Rather shyly, he allowed that he is in a loving relationship and is busy settling into their apartment. When I asked of his most selfish desire, his reply was as pure as his intentions.

“I want to become a specialist in general surgery. Unfortunately, I cannot afford the tuition to complete my medical training, but if I just keep working and trust in God, my future will unfold as God intends.”

I hear many stories from folks who say their lives bloom in the warm embrace Cuenca provides. A few chalk it up to luck, others to forging alliances, and some to strategic planning. However, the most intriguing to me are those who speak of serendipity, an unseen hand, or as Dr. Avila believes, divine providence.

Dr. Avila’s selfless contribution and exemplifies the unbroken thread that links us together. He deserves our admiration and support.

Contact Daniel at  dag131291@gmail.com or 099 373 0565 for additional information.
San Francisco hostel is in the Inglesis San Francisco complex;Padre Aguirre and Pres. Cordova